As a consequence of over-investment in the housing market and consumers’ strong dependence on credit, the economy was hit very hard by the financial crisis and credit crunch. In 2009, GDP fell 5.2%, mainly due to plummeting private fixed investment. However, GDP rebounded in 2010 to a 1.7% expansion. In the three subsequent years, however, growth did not post figures as strong as those before the crisis; average GDP growth was 1.0% in the 2011–2013 period. More than a year on from its start, the coronavirus pandemic continues to exact a heavy toll in lives and livelihoods. UK GDP fell 9.9% in 2020. While output partially recovered in the second half of last year — and somewhat more strongly than was expected — the latest lockdown and temporary disruption to EU-UK trade at the turn of the year is projected to result in output falling again in the first quarter of this year. GDP is expected to grow by 4% in 2021 and to regain its pre-pandemic level in the second quarter of 2022, six months earlier than previously forecasted.

In the event of a no-deal Brexit, where the United Kingdom leaves the European Union without any sort of agreement, then the Gross Domestic Product of the UK could decline by as much as 8%. In this scenario, the Bank of England has also predicted that the unemployment rate could peak at 7.5 percent, and that house prices could decline by as much as 30 percent. Although Brexit has led the United Kingdom into a political crisis, the economy appears to be weathering the storm relatively well. The most recent data for 2021 indicates that the pace of economic growth is accelerating. 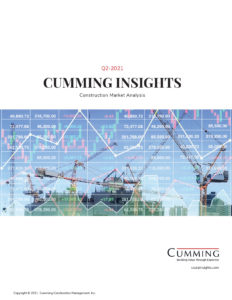